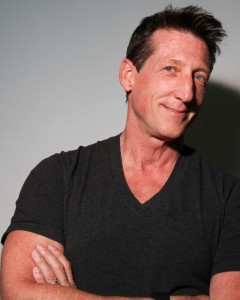 David-Dorian Ross is the creator of TaijiFit: Mindfulness in Motion, and the founder of the TaijiFit™ instructor training program. He is America’s “Chi-vangelist,” whose public appearances introduce people to the benefits, accessibility and sheer joy of learning Taiji (T’ai Chi) and Qigong. Inside Kung-fu Magazine called him “the man who brought T’ai Chi mainstream.”  Martial arts action star Jet Li called him “the American Idol of Tai Chi.” David-Dorian is the Executive Producer and host of 24 Hours of World Peace – the annual LiveStreaming webcast of World Tai Chi Qigong Day.

David-Dorian’s 3 1/2 decade-long career has a laser focus: his belief that Taiji has the answer to achieving World Peace, equality and prosperity. It’s an ancient principle – when your life is in balance and harmony, everything just works better. You are healthier, more abundant, more loving and generous etc. But in a world so out-of-balance as ours, where can the average person go to learn the principles of personal harmony? By embodying the philosophy and techniques of Taiji. However, just learning to do the movements of Taiji – even becoming a Master of the movements – is not the point. The point is in understanding how to apply the Principles of Taiji to daily life: going to work, raising kids, paying bills, being in a relationship, trying to stay healthy.

David-Dorian is the host and star of the PBS special T’ai Chi, Health and Happiness. His previous show on PBS was called T’ai Chi in Paradise, produced on location in Hawaii with Hawaiian Public Television.  David-Dorian’s Taijii instructional dvds have sold more than 1 million copies world-wide, and his 24-volume program with The Great Courses “The Essentials of Tai Chi and Qigong” is among the best-selling T’ai Chi dvds of all time. His book Exercising the Soul is an Amazon best-seller.

Martial Arts have always been a way of life for Joshua Grant. As a young child in Los Angeles, he trained at his father’s judo studio. (Lee Grant had a Judo school in the late 50’s and early 60’s. It was one of the first (if not the first) run by a non-Asian in the LA area).

He later studied a southern style kung-fu. After receiving his undergraduate degree from UCLA, Joshua moved to Boston. He attended Middlebury College’s Intensive Chinese Language Program. At that time he decided to go to mainland China to further his study of martial arts. Joshua spent a total of 3 years in China traveling and learning under the best Wu Shu coaches and champions in the world. Joshua chose to specialize in internal styles of Wu Shu: Chen Style, Yang Style, Ba Gua Zhang, Xing I, as well as Wushu Mantis, and Straight Sword.

Joshua’s first video tape series Tai Chi for Health and Fitness recently climbed to #4 on Billboard’s chart of top 20 special interest videos. His most recent tape, Tai Chi for Strength and Conditioning, is currently in national and international distribution.

Joshua’s goal in teaching is to reduce tension in the mind and body through natural movement. This form of instruction contributes to a more balanced and healthy way of life. Together, Joshua with Yao and Dorri Li are the founders and directors of the Boston Kung Fu Tai Chi Institute.

All class times are listed in Pacific timezone